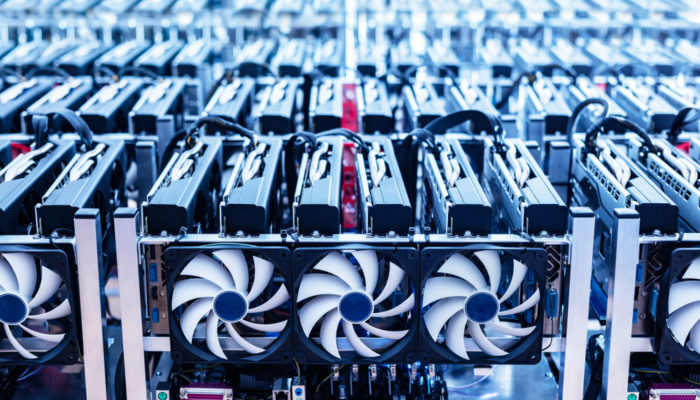 Out of 10 Cryptocurrency coins that are on top of the hill, there are just a few within the market capitalization that are valuable and can be mined.

Crypto coins joining valuable and mineable coins such as BTC, ETH, LTC and BCH include BSV, XMR, DASH, Zcash etc. These coins joining the mineable coins are worth 2.2 percent of the whole crypto economy while the top 8 mineable coins worth 67.7 percent far more than other Cryptocurrencies and these coins can be mined by interested individuals provided that you have a machine (computer) with standard ASIC and GPU.

Here are the top 5 cryptos that are not just mineable but valuable as well. First on the list is Zencash (ZEN). It is more valuable to mine with it expected returns higher than Bitcoin (BTC) and Ethereum (ETH). Zencash technology was at its peak during the past months with 800 percent rise in the price of ZEN. It is advisable to mine Zencash using Nicehash software on your computer.

Bitcoin, it gained much attention with its huge marginal price level. A valuable coin such as Bitcoin which is mineable has the highest price score overall altcoins since its invention till now. Bitcoin exhibits an anonymous peer-to-peer crypto transaction which makes it valuable to mine. You can mine Bitcoin on your machine (PC) using software such as Easyminer, BFGminer, and Minepeon. Minepeon is best for mining bitcoins as recommended by Cryptocurrency miners.

Monero (XMR) is currently the most valuable and free mineable coin in the month of February 2019 till now. The best software to mine free Monero (XMR) is Minergate. With free fifteen days of mining Monero and no fee is charged when you reach your minimum withdrawal. You definitely need to try your hands on Monero coin.

Ethereum (ETH), you might be wondering why Ethereum is part of the top five. Well, ether is a native currency of the Ethereum technology. ETH has been in the mining system for a long time now. It performs a range of function which makes it so special. The price of Ethereum surged more than 200 times for the past years.

The asset of Ethereum attracts serious speculative investors with increasing interest value that is over 1000 times within a month. That makes it valuable to invest and mine as well. This interest attracts fresh capitals into the Cryptocurrency ecosystem. But can be damaged within a short period of time, which can affect the crypto economy.

In September 2017 Electroneum (ETN) was launched into the Cryptocurrency ecosystem. One remarkable thing about this coin is that it can be mined using your mobile phone or via CPU and GPU. Even though the price has not increased for some time now after its launch. Electroneum is one of the promising coins which has less value but mineable from 2017 till date.

The idea behind electroneum is to target smartphone users. Buy triggering 2.20 billion users to mine Electroneum coins in other to gain popularity. Even though the value on market price is not as high as Bitcoin, Ethereum etc. But very predictable and promising to mine and more valuable than most crypto coins on the crypto ecosystem.

Cryptocurrency that is not mineable face a lot of challenges like criticism from people that they are just wasting time and resources. Well, for me I think they just need more time in other to be well known and recognize in the Cryptocurrency economy just like how Bitcoin and Ethereum started.

Cryptocurrency Now On Top Of The Hills, As Investment Bankers Leave Firms To Join The Crypto Space

Why IS Crypto Crime Taking Over The Crypto Community?