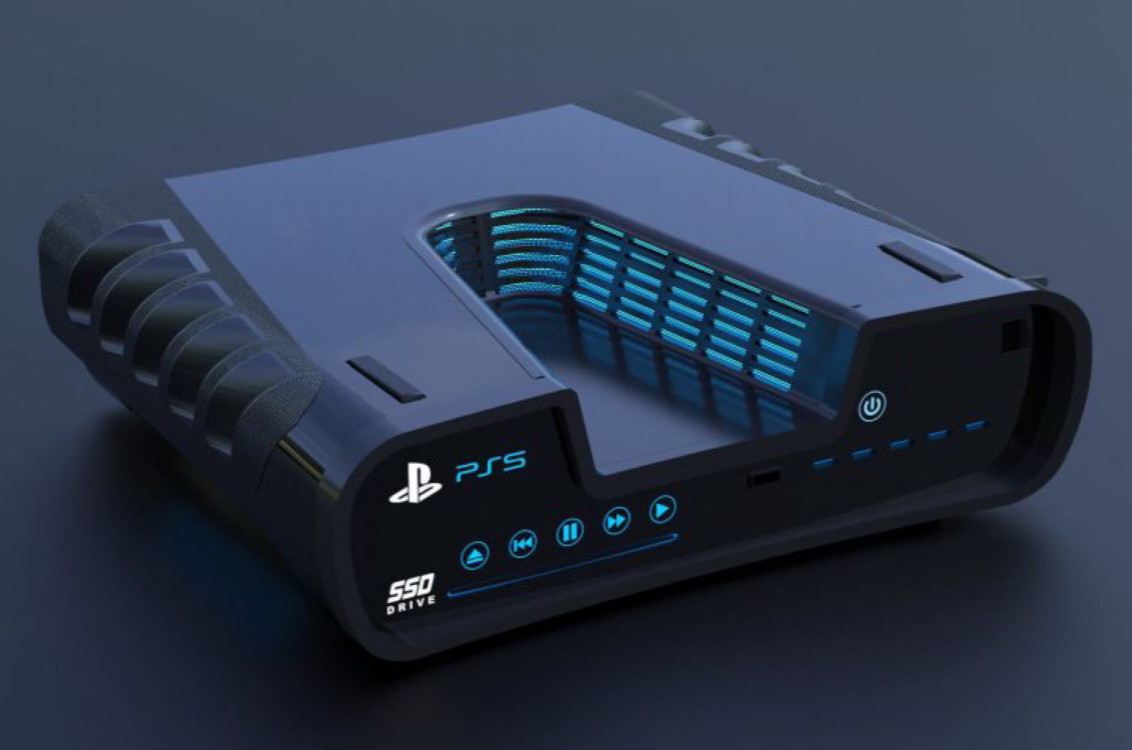 Although Sony Interactive Entertainment has not officially released full details with regards to the PlayStation ‘V’ console dev kit. But, a number of prototypes have been leaked on the Internet, most of which are similar to the “Parallelogram-shaped” PlayStation 4 Pro series. Due to the artful conceptions inferred by various tech enthusiasts on the PlayStation ‘V’ actual console design. We at TechCavit have taken it upon ourselves to publish what is perceived to be the actual design of the latest version of the PlayStation lineup, after thorough research.

Apparently, all of these buzzes about what the dev kit would really look like are follow-ups of the events that occurred after Sony Interactive Entertainment filed a patent with a Brazilian patent agency in May. The patent with registration number: 302019002287, which was later published on 13th August portrayed a mind-blowing hardware ‘blueprint’. A portrait, which at the time of filing was not clarified as to whether it is a ‘Gaming Console’ or some sort of ‘Electronic Hardware device’.

Given that the purported “V-shaped” PlayStation “V” patent drawing, was first propagated sometime in the latter part of August by a German tech website (Letsgodigital) to be a gaming console. And being that the patent filed by the Japanese Multinational Conglomerate with a Brazil patent agency raised a lot of eyebrows in the gaming sphere. TechCavit has taken a bolder step to grace our audience with deeper insights as we detail not just design schematics but with rather more elaborate functionalities.

Aside from the game-changing idea of having an entirely different game-console structure, Sony also plans to embed new features into the PlayStation ‘V’ in terms of hardware as well as software specifications. According to Mark Cerny – an employee of Sony Corporation and one of the lead Architects behind the PlayStation 4 model. PlayStation ‘V’ would be built upon a 7nm Zen 2 micro-architecture that utilizes 8 Core AMD CPU (which is based upon AMD’s 3rd generation ‘Ryzen’ processors).

The Graphics card, on the other hand, would be powered by a variant of AMD Radeon’s VII Navi family GPU that actively supports ‘Ray Tracing’ along with 3D audio compatibility. The chipset on the display is incorporated with the brilliance of 8k brightness in comparison to the present 4K technology in the market today. By means of AI and machine learning, this 8K technology is capable of upscaling to unimaginable depths and resolutions via the HDR10+ feature.

Looking at the image Sony patented last month, with the vents located on the top, side and behind the assumed PlayStation “V” console. It becomes obvious that this machine for whatever use it would serve would incorporate a hyper-processor, hence the advanced ‘Cooling System’.

Another striking component is the optical drive unit on the frontal left portion that supports a double layer ultra-Hd Blu-ray disk drive. With an inclusion of a flash-based SSD hard drive that can be expandable to a 100Gib memory capacity (that cuts the gaming load time to an average of 0.8 seconds). Alongside five LED indicators each of which serves as an indicator possibly for the number of controllers connected or the ‘Eject’, ‘Rewind’, ‘Pause’, ‘Fast-Forward’ and ‘Play’ buttons.

Also, there exist a number of buttons on the frontal right of the dev kit which includes; the power button and five USB ports, as well as a strange connector, believed to be for the PSVR (PlayStation Virtual Reality) Headset. Additionally, a circular module which according to Gizmodo is a 4G camera compartment that allows for live streaming. Considering that the architecture of the PlayStation V also allows for PlayStation 4 games to be loaded onto it as they are both similar. It becomes noteworthy to state that the latest version has increased backward compatibility with its immediate predecessor – PlayStation 4.

Much has not been gathered with regards to the pricing but what we know for sure is that this piece would be priced well above $399 as with the previous model. Subsequently, as stated by Cerny in the interview, his view on the pricing would be pretty fair enough. In his words, he stated that;

“I believe that we will be able to release it at an SRP (suggested retail price) that will be appealing to gamers in light of its advanced feature set.”

And to be honest, for a machine as powerful as this, an SRP of $500 is not in anyway exorbitant at all. So it’s best to start saving up for the PlayStation ‘V’ device since it’s expected to debut in 2020. 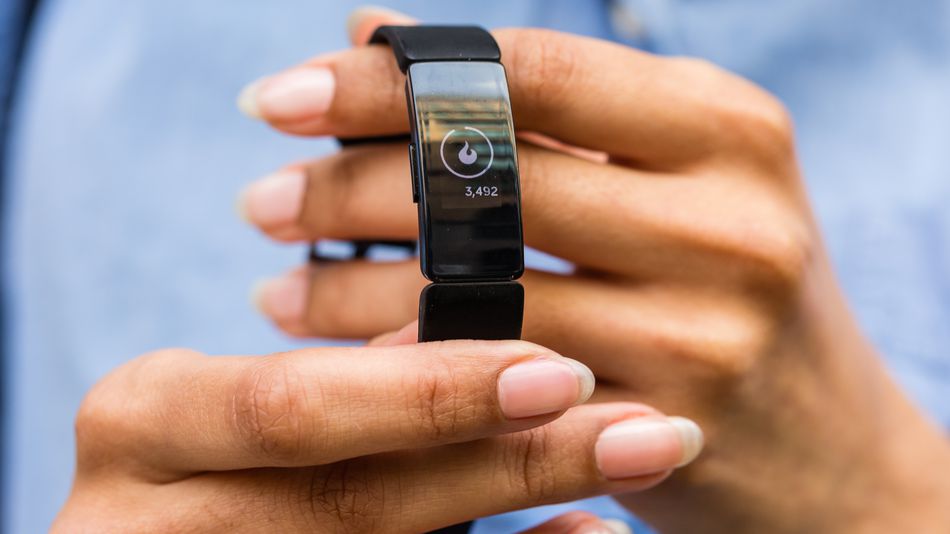 According to a recent announcement by Google’s Parent Company – Alphabet. It was gathered that the world’s fifth-largest technology company has officially finalized the terms of purchase towards the biggest independent wearables company – Fitbit for $2.1 billion. Even though this development has been speculative for quite a while now, it was however confirmed today following a press release by both companies.

In a statement released on Google’s Blog by Rick Osterloh – Senior Vice President Devices & Services, who disclosed that the company is proud of the partnership agreement. Osterloh also pointed out that collaborating with Fitbit would integrate the best of Google’s smartwatch platforms and health applications together. Similarly, the CEO of Fitbit – James Park highlights the advantages to be garnered from both ends. In his words, Park asserts that;

“With Google’s resources and global platform, Fitbit will be able to accelerate innovation in the wearables category, scale faster and make health even more accessible.”

This expansion nonetheless comes with regards to the deteriorating sales witnessed by Fitbit in late happenings. Which had created an opportunity for other competitors in the wearable technology market to take full advantages of such as Apple and Xiaomi. Hence in a bid to alleviate the completion and take back its stand Fitbit has decided to sell off its patent rights to the proprietors of Google. Therefore, the once most foremost wearable brand would be incorporated as one of Google’s hardware subsidiaries.

Evidently, this merger would leverage on Fitbit’s long term goal of providing its Consumers with a more healthier and active life. This could be further achieved through Google’s WearOS and Google Fit outlets which are already well acquainted with the fitness and health merchandise. And agreeing to a press release by Sameer Samat – Vice President, Product Management, Android, Google Play & Wear OS, this association would combine Fitbit’s established wearable hardware together with Google’s advanced software to furnish a more flexible platform.

In addition, Osterloh added that;

“By working closely with Fitbit’s team of experts, and bringing together the best AI, software and hardware, we can help spur innovation in wearables and build products to benefit even more people around the world.“

Despite being a subsidiary of Alphabet,  Google divulged that it would only collect Fitbit health and wellness data for other promotional and development purposes other than ads. On the other hand, Fitbit yet reveals that it would not only work with Google’s WearOS as it would also be working extensively with iOS and Android in the future.

Samsung recently announced its latest Galaxy Watch Active series codenamed the ‘Active 2’ which went on sale in the US on September 27, 2019, And as a sequel to the Samsung Galaxy Active Watch (SM-R500) published barely six months earlier, this neoteric device has a nicer feel than the previous version. This next-generation smart-watch ships in with the sporty fitness feature inherent in the Samsung Active Watch, together with an ability to actively provision the wearer with health advice on the go.

Apparently, the latest device comes in two sizes; 40mm and 44mm and can be synched to internet connection natively by means of an ‘LTE’ or ‘Bluetooth’ connection through another smartphone. While the standalone LTE version has a RAM size of 1.5 GiB, the Bluetooth model is powered on a 768MiB RAM.

Even though this piece goes for $279 which is a lot less than its predecessors as well as other competitors such as the Apple Watch series, it still doesn’t lose out on the most basic features of a smart-watch as expected. But Instead, it births a more recent technology of matching your watch faces with custom designs that fit your outfit.

With little to no effort, Samsung had debuted a smart-watch that allows you ‘stand out’ without having to ‘look the part’ as a result of its discreet and lightweight design. Additionally, this smart device incorporates a digital ‘bezel control’ functionality which is a touch-sensitive feature permitting the User the same rotating flexibility just like a conventional bezel control.

Given that this smart-watch is basically built for Samsung devices. However, it completely depicts the idea of a ‘smartwatch’ as it is non-exclusive and works perfectly with other non-Samsung devices. Coming in such colors as; Black, Silver, Gold and Lily Gold, this piece could be programmed to read heartbeat and ECG by means of the Heart-rate and accelerometer located on the base of the watch.

Although the Samsung Galaxy Watch Active 2 is believed to be all-encompassing as it has a dedicated Spotify app, unlike the Apple Watch lineup. Still, it doesn’t support the full integration of many third-party apps as is common with most smart-watches. Nonetheless, the Samsung Galaxy Active Watch 2 does not only serve on a multi-device basis but also delivers well to sports enthusiasts.

According to a public statement on Samsung’s official website, the smart-watch gives its wearer detailed health tips whether as a normal user or a fitness devotee. Adding that;

“The all-new Galaxy Watch Active2 now comes with a bigger customizable screen and fresh new look. It gives you precise health insights when you need it, while keeping you fully connected. Whether you are out for a run, or pushing through your next deadline the Galaxy Watch Active2 will keep you at your optimal performance inside and out.”