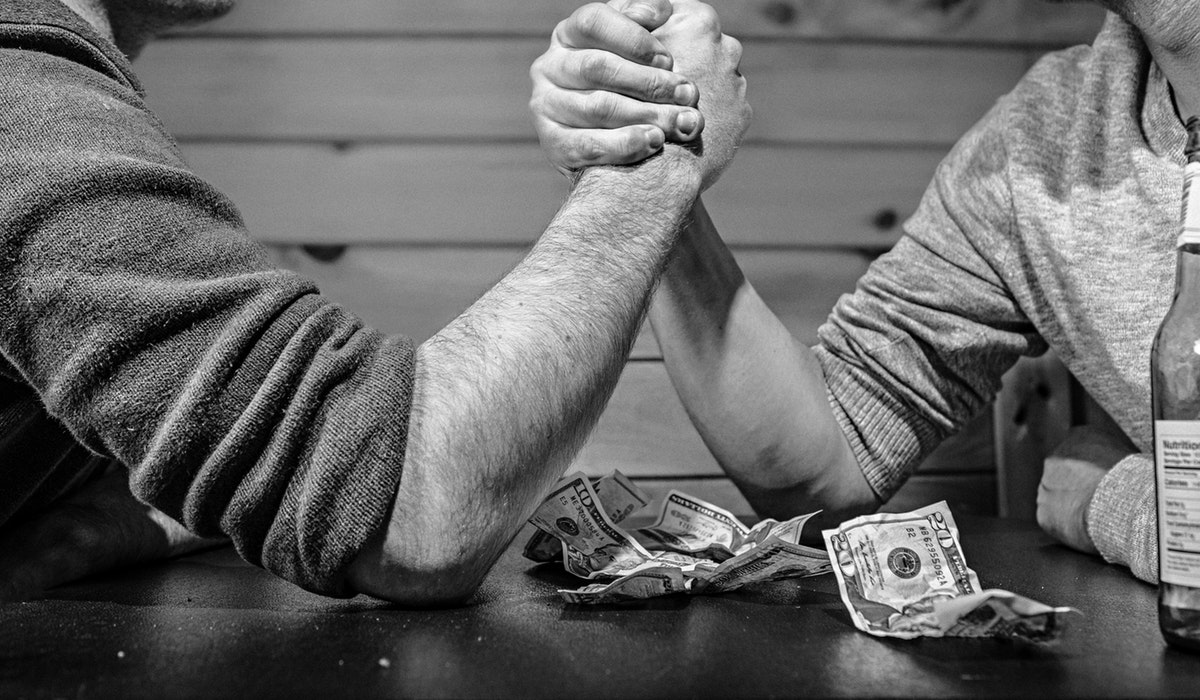 A Bitcoin whale is outrageously confident that Bitcoin will dump below $8,000 this August and they are betting a whole 10 BTC for it. However, the crypto bear is betting against, Changpeng Zhao, Binance’s CEO who, on the contrary, said anyone who sold their Bitcoin below $10,000 needs to slap themselves.

Changpeng Zhao Says “Do Not Bet Against Bitcoin”

In a tweet on August 1, 2019, Changpeng Zhao said anyone who gave away their Bitcoin while it was looming below $10,000 needs to slap themselves. According to Binance’s CEO, the slap is to serve as a reminder for next time. CZ also made another tweet on August 5, 2019, stating that no one should bet against Bitcoin.

Kra₿₿y, a Bitcoin whale who was among the hundreds of people to comment on CZ’s tweets, had something different to say. The crypto enthusiasts said they disagree entirely with CZ’s opinion, and as a matter of fact, they are willing to dish out 10 BTC to CZ if Bitcoin does not retrace below $8,000 this month.

Kra₿₿y’s remarks were enough to draw the attention of the crypto community as to who could be confident enough to bet against Bitcoin’s potential price surge soon. Moreso, who could place 10 BTC currently valued at about $117,000 for an asset that is quite volatile and whose performance can only be predicted to a certain level of accuracy.

Those who made comments pointed out that Kra₿₿y will quickly lose because, in their opinion, Bitcoin can only go higher from here onward. Others remarked that even if there was a retrace, it wouldn’t be below $8,000 which the Bitcoin bear has predicted. There was also a class of users who’ll rather have the whale donate 10 BTC to charity instead of CZ who they claim “is already too rich.”

Crypto Whale Explains How Bitcoin Will Decline to $8,000

A closer look at Kra₿₿y’s twitter timeline shows an analysis of how Bitcoin will possibly dump below the price level he has predicted. According to him, Bitcoin is ready for a massive retracement very soon, and “Tomorrow’s daily candles will be RED.”

“#Bitcoin August Analysis: $BTC will fail to break next resistance! 1. What will happen instead is we will reject it, then nose dive to the 7.5-8K Range. 2. We will likely re-test 9K~ around the middle of August. 3. Final dip to the yellow line. (buy there).”

Crypto Whales are coming in fast on Tether, Hold 80% of Global Supply