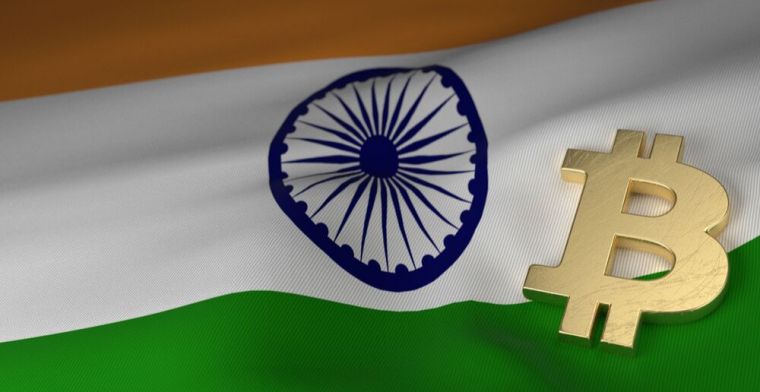 Bloomberg Quint on June 7, 2019, reported that India has proposed a draft bill which targets the ban of cryptocurrency in the South Asian country. According to the media, if the bill is approved into law, anyone found holding, selling, or trading crypto assets will face between one to ten years in prison. In the same vein, they will be fined thrice the profits made from their trade or the loss encountered by the system.

While the news has stirred a lot of controversy in the cryptocurrency space, several comments have been made in its regard. Changpeng Zhao (CZ), for instance, gave his stance when he said if India goes ahead to ban this asset class, then it will drive up the adoption of cryptocurrency globally.

On consideration, this goes contrary to what others may be expecting since blocking access to cryptocurrency in a region that accounts for 17.74% of the total world population could potentially impact on its price. Like others have pointed out, no one likes to be told what they can and cannot do and as such, it will only pique their interest. As a Twitter user stated, “There is a Buddhist proverb – the best way to control someone is to let them roam free”

News About Crypto Ban in India Yet Unproven to be True

Despite CZ’s tweet, a number of people have pointed out that the news emerging from India is yet to be proven to be true. According to them, the government is still framing guidelines to determine how it will regulate the crypto space.

Another user, Shalini (Indian CryptoGirl) while responding to CZ’s tweet said the best way to know the country’s decision pertaining to cryptocurrencies is to wait for the supreme court’s notice. Shalini also noted that while the news may have come from a reputable media outlet, anonymous sources were quoted and as such, it is a clickbait that is meant to spread FUD (Fear, Uncertainty, and Doubt).

CZ, on the other hand, made another tweet agreeing that the news is aimed at creating FUD, however, his comments were made as a way of stressing the point. In his own words: “But can’t waste an opportunity to stress the point: The more restrictions you add, the more people want freedom / #crypto.”

Apart from CZ, other members of the space that have aired their views regarding the potential ban include John McAfee, founder of McAfee Associates and Bitcoin proponent as well as Tony Vays, a cryptocurrency enthusiast. According to McAfee in two tweets which he has deleted:

“The war has begun. An entire nation wishing to free itself is now punished for using the instrument of freedom.”

“If there ever was a time for Anonymous to step up to the plate, that time is now!” 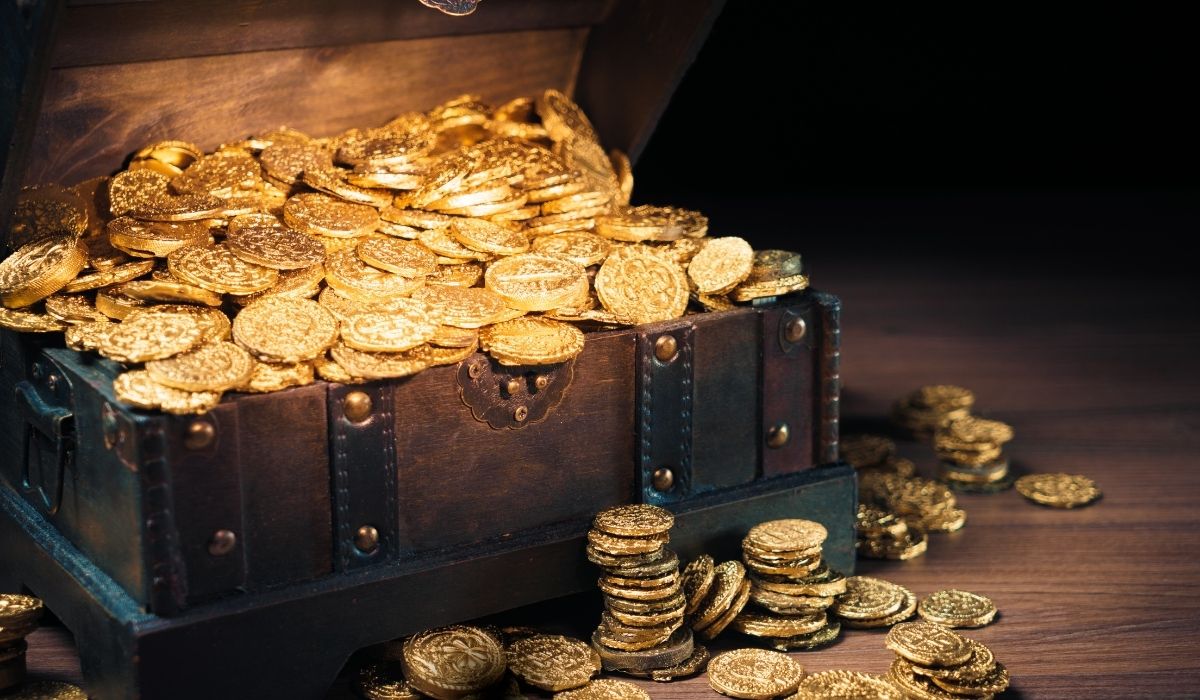 The rich list released by Bloomberg puts CZ as he is fondly called as the 11th richest man alive. His net worth by far outstrips the conservative figures given by Forbes last year.

Cryptocurrencies have earned a reputation for giving investors incredible returns on their investments and one of the major players in the ecosystem is already reaping the rewards. A recent Bloomberg rich list claims that Binance’s founder and CEO, Changpeng Zhao is worth $96 billion.

The rationale behind this valuation is that Zhao owns a majority stake in the largest cryptocurrency exchange in the world, Binance. According to data gleaned from trading volumes and fees, Binance recorded around $20 billion in revenue which is nearly 3 times the revenue of Coinbase. An interesting fact about the rating is that it does not take into account his crypto holdings. Zhao is said to hold a large cache of BNB that has since soared by over 1000%

“Don’t worry about rankings. Focus on how many people you can help,” he tweeted a few hours after the Bloomberg report went live. “Unpopular opinion: instead of wealth rankings, there should be a ranking of charity and philanthropy efforts.”

The CEO has previously stated that he intends to donate more than 90% of his fortune to charity over the course of his life like other wealthy entrepreneurs that had come before him. He claimed in an Associated Press interview that he personally did not require a lot of money to maintain the current standard of his life. However, in a money move, reports emerged that CZ had purchased a multi-million dollar home in Dubai in November 2021.

Binance and its CEO donated $150,000 for the building of an ultramodern school in Uganda and also pledged to raise $1 million AUD for the planting of 100,000 trees in commemoration of Earth Day. Other charitable moves include the financial donation to healthcare workers in Mexico and a 1 million donation to UNICEF to support COVID-19 Vaccination equality.

Where He Seats On The Rankings

A net worth of $96 billion places Changpeng Zhao over India’s Mukesh Ambani and below Larry Elison. However, if his cryptocurrency holdings are taken into account, Zhao could easily rub shoulders with other tech billionaires like Mark Zuckerberg and Larry Page that have net worths of $122 billion and $123 billion respectively.

Binance has been embroiled in regulatory battles with the authorities in various jurisdictions, leading to fines and bans. The exchange has taken steps to be on the good books of regulators and is hiring ex-regulators to help in its compliance drive. It is expected that after achieving regulatory passes in its troubled jurisdiction, Changpeng Zhao’s net worth could outstrip Mark Zuckerberg’s.

The founder of FTX, Sam Bankman-Fried was named the richest 29 year old by Forbes last year with a fortune of $26.5 billion. Other cryptocurrency billionaires include Brian Armstrong, CEO of Coinbase, and the Winklevoss Twins, founders of crypto exchange Gemini. 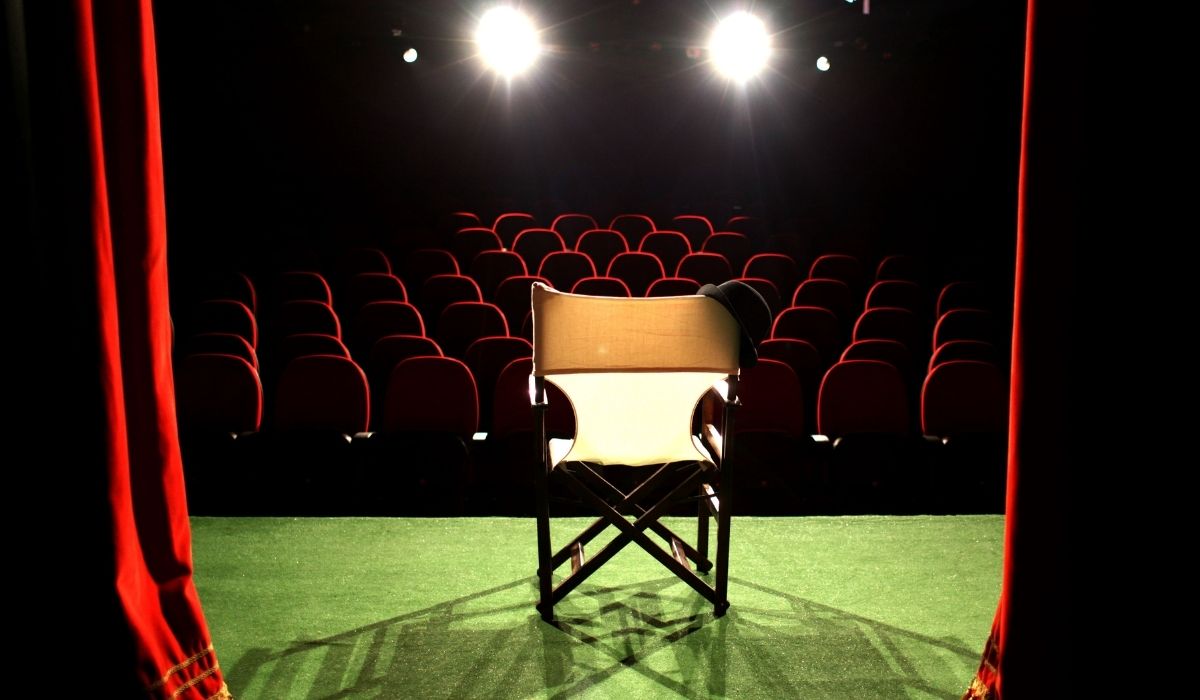 The world’s leading movie theatre chain will be accepting Litecoin, Ethereum, and Bitcoin Cash in addition to Bitcoin as payments for confectionaries and movie tickets at all its U.S. outlets before December 31.

This is according to a Twitter announcement made by the Company’s C.E.O Adam Aron on Thursday morning sending out a wave of bullish sentiments on the three cryptocurrencies by crypto enthusiasts.

“Cryptocurrency enthusiasts: you likely know AMCTheatres has announced we will accept Bitcoin for online ticket and concession payments by year-end 2021. I can confirm today that when we do so, we also expect that we similarly will accept Ethereum, Litecoin and Bitcoin Cash.”

Last month, the C.E.O in an early morning earnings call had disclosed that AMC was actively engaged in setting up payment systems that would allow movie enthusiasts to pay for various services and purchases using Bitcoin. He had also acknowledged receiving a lot of inquiries from users and shareholders on the possibility of the company accepting payments in crypto which could have largely informed Thursday’s announcement.

Although Litecoin foundation did not respond to the statement in writing, Litecoin’s news page and Charlie Lee, the founder of Litecoin retweeted AMCs announcement gesturing their affirmation.

Litecoin has been making inroads in institutional halls thanks to its long-term persistence and reliability. Its completed MWEB upgrade project which allows the network to become much more scalable and make transaction amounts un-viewable to the public makes Litecoin the ideal choice for payments while protecting users’ data.

According to the Litecoin Foundations Q1 report, various companies have already announced that they’re integrating Litecoin including Paypal, Vaultoro, Flare Network, Moon among others. Its successful payment integrations have also attracted a fair share of challenges with a recent false report that Walmart was integrating Litecoin in its payment network.

Bitcoin cash which fulfills the original promise of Bitcoin as “Peer-to-peer electronic cash” could also see mass use given its fast transactions, low fees, and reliable confirmation. It also allows use on a large list of wallets including Ledger and Trezor among others, which are synonymous with most U.S. crypto owners. Its discounts on payments due to the elimination of credit cards are likely to attract most AMC movie enthusiasts looking to pay using this method.

On the other hand, Ethereum payments to the company could be fulfilled through Ethereum-Pay,  a decentralized ERC-1363 payable token built on the secure Ethereum network specifically tailored to be integrated with E-commerce transactions.

EthereumPay creates a universal payment platform that allows merchants & users around the world to do business with each other instantly and cheaper than ever. Ethereum payments are accepted by companies including Sotheby, Overstock, Gipsybee,  Shopify CheapAir, Tripio among others.