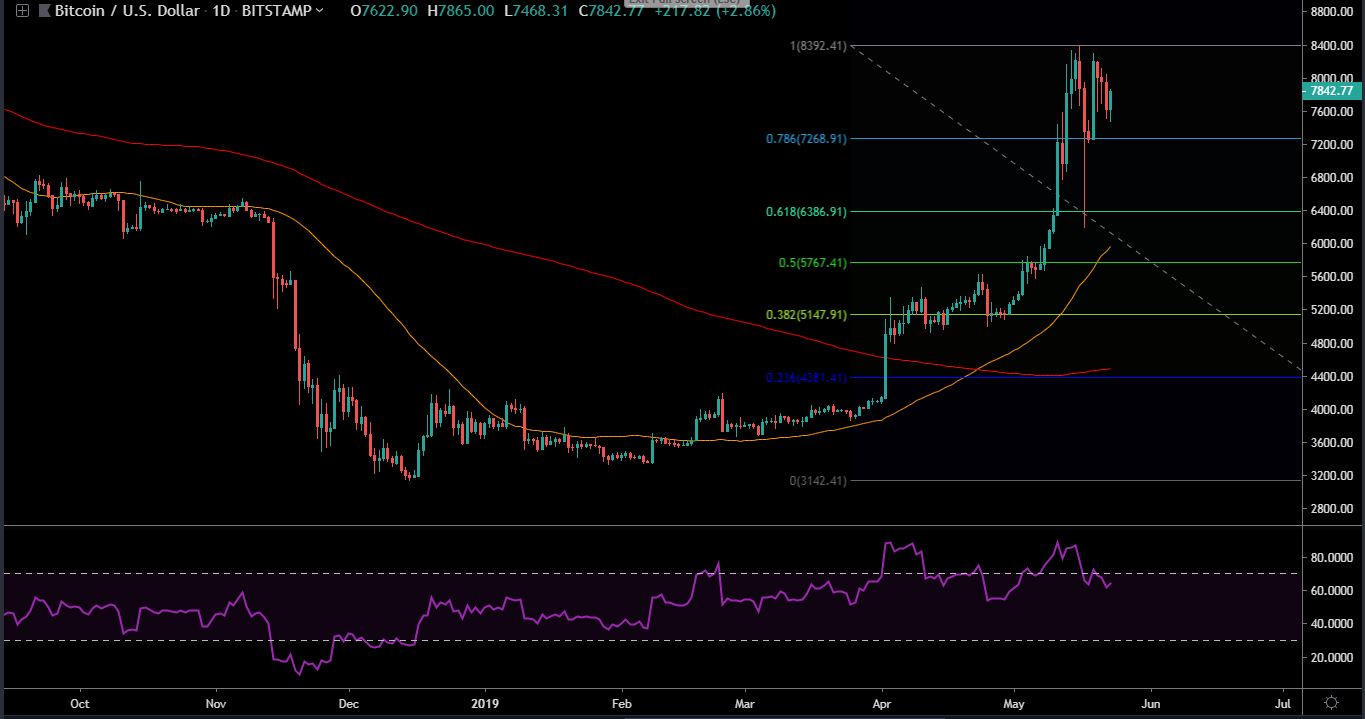 Rising from the 2018 low at around the $3150 on Bitstamp, Bitcoin market had dramatically climbed in the past few months following the significant cross above the daily 50-day moving average (orange band) in mid-February.

The positive move started to reveal clearly as the price action continued to respect the prominent 50MA, which was and still acting as a support for the market. The rally became more noticeable after the April 2 surge in volatility above the 0.236 ($4381) Fib. level and the important 200-day MA (red band).

From this above price level, BTC slumped below the 0.618 ($6386) fib. level due to the bearish surge that hit $6100. With immediate response, the bulls reacted to the sudden drop as they pushed price back above the $7000 before double-topping price the $8400 last weekend.

Since the retest at $8400 level, Bitcoin has remained subdued in the past three days of trading due to low volatility. Looking at the daily RSI technical indicator, the market is reflected downward after reaching the extreme overbought condition. Although, BTC positive climb was clearly revealed on the indicator since December 2018.

However, the overstretched market needs a healthy correction around the $4500, the April 2 surge level before fueling the next bull-run, which is likely around the $8500 and $9000. A possible correction may meet support at the 0.236 fib. level, sitting on the 200MA.

Billionaires Are Buying Bitcoin, And Not From Where You Expect

Why You Should Invest In Bitcoin Before The End Of 2019